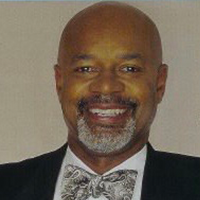 Billy McKinney is the 18th Mayor of Zion, Illinois. Before being elected Mayor in 2019, McKinney served one year as a school board member
for Zion-Benton Township High School, before being appointed as the Commissioner of Building, Zoning & Public Property.

Mayor McKinney was instrumental in implementing the rental house certification program as a commissioner,
which ensures that life and safety issues are monitored and repaired to protect the safety of its citizens.

In addition, his work with the building department personnel revived the City of Zion Clean Up Days where he partnered with the City
to enlist the help of residents and volunteers to restore the pride natural beauty of the city’s neighborhoods.

Prior to his involvement as a public servant, Mayor McKinney spent four decades in the NBA as a player, coach, talent scout and executive.
McKinney is a graduate of Northwestern University where he was a two-sport star in basketball and baseball.

Mayor McKinney and his family have been active members of the Zion community since 1962, and Mayor McKinney has served
on a plethora of boards for local and national organizations such as the United Way,
the Urban League, and the Lake County Housing & Community Development Commission to name a few.